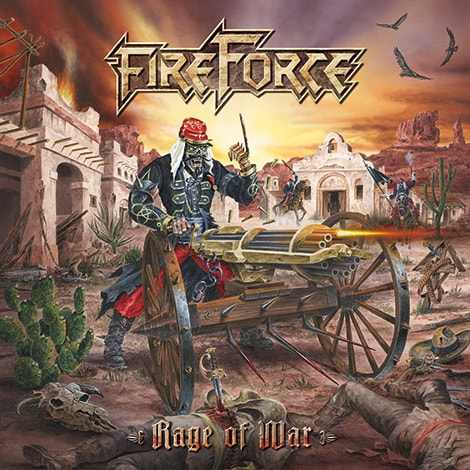 The fourth album of FIREFORCE, entitled “Rage Of War”, was produced by Rd Liapakis and Bob Briessinck. Henrik Udd has the band rediscovering their tight, driving heavy metal; like a panzer at full-throttle. Twelve (ten on the LP version) intensely powerful songs will definitively put the power in their combat metal. At the same time, many pleasant harmonic and melodic components are sure to make an impression. The theme of the album remains unchanged: historical events through the ages that determined our world today. Battles and bravery, madness and war…