Guitarist Erwin Suetens formed FIREFORCE from the ashes of the Belgian metal band Double Diamond in autumn 2008. Within a short time, they earned an excellent reputation for live performances. Record labels began taking an interest in the talented Belgians, thanks to their EP “Moonlight Lady”, which was released in Spring 2009. In 2011, this was followed by their debut album, titled “March On”. It was recorded in the Prophecy- and Music Factory Studios in Allgäu, with Mystic Prophecy vocalist R.D.Liapakis (Suicidal Angels, Crystal Tears, Winter`s Verge, Eldritch, Steel Prophet, Jack Starr, etc) as a producer, and released all over Europe. This elevated the band from underground status to new heights. And brought them a small tour with Nightmare and Crimson Glory.

Their tight, driving Heavy Metal with clear leanings towards Power Metal did not, however, overlook pleasant harmonic, melodic components. On the live scene, the Belgians had a solid base. They underlined the excellent quality of their album with a series of impressive gigs and tours. One review stated, “Whenever there would be a genre called ‘Combat Metal’, Fireforce would be the leading force!”. And so, the song “Combat Metal” was composed.

In 2014, “Deathbringer” was released. It showed that FIREFORCE was not resting on its laurels, but we’re progressing in every aspect of their genre. Once again the album was recorded in the Prophecy- and MusicFactory Studios, in the reliable hands of producer R.D. Liapakis and engineer Christian Schmid.

Three music videos were released from this album: “Deathbringer”, “Highland Charge” and “Thunder Will Roll”.

FIREFORCE even performed twice at one of the biggest indoor metal festivals in Europe, the PPM-Festival in Mons. Their performance at the 2014 edition was one of the most remarkable in the band’s history! In October 2014, a German/Austrian/Belgian tour with Mystic Prophecy and Crystal Tears followed. Following this tour, 2015 and 2016 were spent promoting “Deathbringer” by playing dozens of more shows.

2016 saw the recordings of “Annihilate The Evil” by the same studio team as the previous releases. This album was released at the end of 2017. Two music videos were recorded for this album: “The Boys From Down Under” and “Gimme Shelter”.

“The Iron Brigade” ep was released on vinyl in September 2019. At the same time, the recordings for the new album started. This album will be released by ROAR records. New vocalist/guitarist Matt “Hawk” Asselberghs was enlisted into the troops, and he brought a whole new dimension to the sound of the band. The instrumental recordings were done at the “Breeze Inc. studios” in Belgium, the solos at the “Hawk Berg Studios” in France, and the vocals at the “Prophecy- and Music Factory Studios” in Allgäu, again with R.D.Liapakis as supervising force. The band’s new offering was mixed and mastered by Henrik Udd (Hammerfall, At The Gates, Powerwolf).

A four-piece band now, they will soon be conquering the stages in your neighborhood. 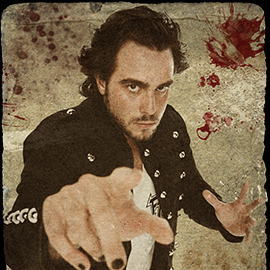 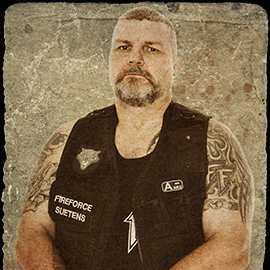 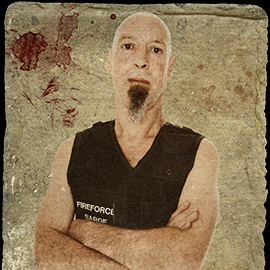 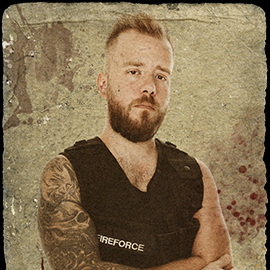